After suicide: how can we help the bereaved?

We focus a lot on trying to prevent suicide, but when the worst happens and someone does take their own life, how can we meaningfully help the people left behind?

This has been the aim of two new Evidence Checks commissioned by the NSW Ministry of Health. Both examine the latest evidence on suicide support and reveal the most effective ways to help those dealing with the aftermath of suicide – from supporting the bereaved with trained volunteers in therapy groups, to planned, empathic follow-up with people who have attempted suicide in the past.

It’s estimated that up to 135 individuals can be impacted by a single suicide, and while the current system offers grief counselling, agency outreach and group and online support, little is known about what works best for the bereaved.

Researchers reviewed eight studies since 2014 to try to understand which approaches were most effective for family, friends and communities in distress.

They found that social support provided in the community, and a support group or therapy group program led by trained volunteers were particularly effective.

The review also shines a light on how different kinds of grief respond to various interventions. For example, those affected by suicide but who aren’t suffering from posttraumatic stress could benefit from an educational approach, while peer support and sharing grief experiences might be helpful for those mildly affected. For those with greater distress, specialised psychotherapy was flagged as a key support.

While help offered through the internet and social media is playing a growing role in bereavement support, the review suggests that we need to do more work in this area to understand its effectiveness. Read the full Evidence Check on Suicide Postvention Services here.

A related Evidence Check also found encouraging approaches on how to help people after a suicide attempt. Lifeline estimates there are approximately 65,300 suicide attempts annually, and although suicide aftercare models are in place across Australia, many of these services have not been comprehensively assessed.

To fill this gap, researchers reviewed thirty papers from 2013 to 2019 to see which suicide aftercare services were successful in reducing further suicide attempts.

The evidence revealed the benefits of planned, systematic follow-up contact, especially in the period after discharge from acute care and the return to community.

Specifically, it’s thought that brief contact demonstrates to the suicidal person that there are supports available to them, and reinforces the offer of social connectedness with care providers and clinicians, which might have been lost at the time of the suicidal crisis.

The review emphasises that at the heart of all responses is the need for empathic and respectful interactions with the person who has attempted suicide and their families and carers. Read the full Evidence Check on Suicide Aftercare Services here. 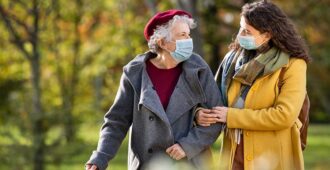 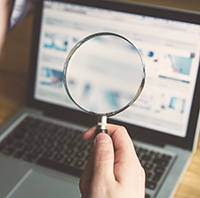