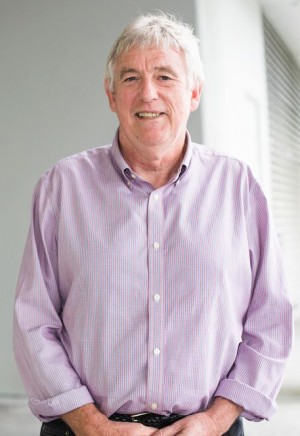 The public health community in Australia owes a debt of gratitude to Laureate Professor Rob Sanson-Fisher AO, who has mentored many of the countries’ leading public health researchers during their studies.

Professor Sanson-Fisher, Director of the Health Behaviour Research Group at the University of Newcastle, was recently named as a finalist in the 2015 Eureka Awards category for outstanding mentoring of young researchers.

He has supervised more than 50 PhD students to completion and award, many of whom have gone on to profession and research leadership positions. He has also demonstrated “indisputable energy, passion and professional skill to the training and mentoring of public health researchers”, his award nomination says.

“He continues to make a substantial and valued contribution to the training and mentoring of the next generation of public health science practitioners,” it says.

Professor Sanson-Fisher admits he finds the concept of being nominated for an award for mentoring a little strange ‒ given that he believes it to be one of the most rewarding parts of academic life.

“The benefits you get from mentoring are so huge. You get bright, intelligent people working in a collaborative relationship and exploring new areas of knowledge,” he says.

“It’s energising, they come up with new ideas. It’s extraordinarily rewarding and one of the nicest things in terms of your professional life. It is an integral part of what you are doing”.

He remains friends with many of the researchers he has mentored, and they continue to collaborate on research projects.

An internationally recognised leader in health behavioural research, Professor Sanson-Fisher has published more than 460 peer review research papers and 16 chapters in books, and has obtained numerous research grants– the most recent being a five-year $3.38 million NHMRC Dementia Research Team Grant announced in August.

The project, titled “Australian Community Of practice in Research in Dementia (ACcORD), will bring together a multidisciplinary team of researchers with the aim of improving the health and quality of life both for people with dementia and for their caregivers.

Professor Sanson-Fisher says the multi-institute team will investigate barriers to service delivery, evaluate the current legal impediments and look at implementing new measures for consistently assessing unmet needs of those with dementia.

The Health Behaviour Research Group is focused on using intervention and service delivery to promote healthy behaviours and good quality healthcare across communities.  The dementia project will span the Centre’s four broad areas of research: chronic illness, disadvantaged people, prevention, and the evidence-practice gap, he says.

It will also continue Professor Sanson-Fisher’s tradition of mentoring tomorrow’s public health researchers, with about 10 PhD students likely to be involved in the research project over the five years.