A series of research papers using data from the Sax Institute’s 45 and Up Study shows how out-of-pocket costs can quickly mount up for Australians with chronic conditions.

Crunching the data, researchers found older Australians are paying up to $670 per year out of their own pockets on health costs for chronic conditions, with osteoarthritis one of the most expensive to manage.

One study, from the University of Technology, Sydney, surveyed 800 women from the 45 and Up Study with osteoarthritis. It found that, on average, the women – who were aged between 53 and 94 – had more than seven appointments with healthcare practitioners in a year for their condition.

Another expensive condition is osteoporosis. A different study from the same team, also using the 45 and Up Study cohort, showed that women with the condition spend, on average, $594 a year on appointments, therapies and medications. Similarly, research into older women’s out-of-pocket costs for diabetes and asthma have found them to reach $493 and $345, respectively, on average each year.

Hypertension, which affects almost one-third of Australians aged over 55, leads to an average out-of-pocket cost of $462 per person per year, or $941 million for all affected Australians, according to a previous study using the 45 and Up cohort.

And for the half-a-million Australians living with the effects of a stroke, average out-of-pocket costs are $386 per year, according to new research using 45 and Up participants aged 55 to 96.

Having multiple chronic conditions can be a heavy financial burden. More than one million Australians pay more than $1000 each year on out-of-hospital services and medications, according to a recent Grattan Institute analysis. The same analysis found that the average out-of-pocket costs for a Medicare-subsidised service has increased by 50 per cent over the past decade.

The 45 and Up Study is the largest ongoing study of healthy ageing in the Southern Hemisphere. It’s made possible thanks to more than 250,000 dedicated participants across NSW, who are kindly sharing their health information with us to help create a healthier Australia.

If you’d like to stay up-to-date on the study, sign up for our newsletter or explore more of the research here. 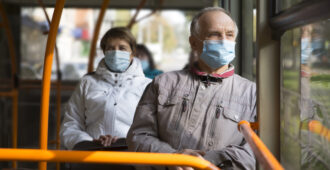 The 45 and Up Study: how Australia’s largest longitudinal study is reshaping our understanding of healthy ageing 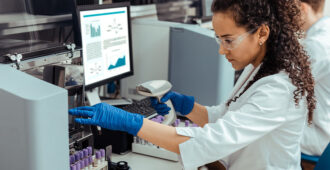