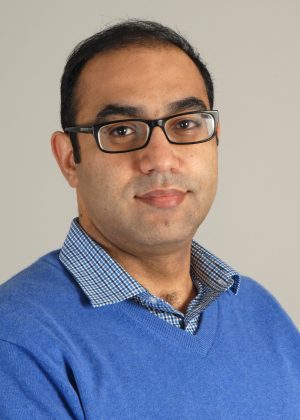 At what point should the research stop, and new healthcare interventions be adopted?

That’s the question at the heart of an approach to systematically assessing the value of research, called Value of Information (VOI) analysis. This approach is now being applied to healthcare interventions by a team led by Dr Haitham Tuffaha, Research Fellow at the Centre for Applied Health Economics within the Menzies Health Institute Queensland.

Dr Tuffaha said decisions on adopting new healthcare interventions would ideally be based on the best available evidence on their safety, efficacy and cost-effectiveness, but the evidence was never certain, which could lead to suboptimal decisions  ‒ either to conduct more research or to implement interventions ‒ with costly consequences.

VOI could guide decision makers as to whether there was sufficient evidence on a new healthcare technology or intervention to implement change, or whether it was worthwhile conducting further research to reduce any uncertainty around the intervention, by comparing the expected monetary benefits and costs of a proposed research study, he explained.

All four interventions were found to be cost-effective, but with varied levels of decision uncertainty. He said the analysis showed there was sufficient evidence to adopt a new policy whereby peripheral catheters were used only when necessary, rather than routinely, for hospitalised patients ‒ a change estimated to save Queensland Health alone $5 million a year.

“At the end of the day, this is a powerful decision-making tool,” Dr Tuffaha said.

In the last three years, the team has published about 12 papers  ‒ one paper of which was awarded the Australian Centre for Health Services  Innovation Best Health Services Research Award ‒ and the findings were now being adopted in healthcare guidelines and policies both in Australia and internationally, he said.

For example, the catheter replacement intervention was being piloted in some Queensland hospitals and had been cited in international guidelines, including the Michigan Appropriateness Guide for Intravenous Catheters (MAGIC).

“We demonstrated that there was no benefit in extra research – if we implement the change in practice, it was going to save millions,” he said.

The research team would be working with the Pharmaceutical Benefit Scheme (PBS) to look at a potential new approach to listing expensive cancer drugs, he said. Using VOI could support flexible funding options such as ‘Managed Entry Schemes’ whereby early access to a promising medication is granted, conditional on collecting more evidence. This would strike the balance between the need for early access to novel therapies with the need for evidence-based and affordable healthcare.

He said VOI analysis could be used to inform research funding decisions through quantifying the value of proposed research programs, and the team’s research would feed into the consultation process now underway for the strategy and related priorities of the Federal Government’s $20 billion Medical Research Future Fund.

“This approach can tell us whether we need more evidence or not [on a particular area] and guide decision making,” he said.