The number of preventable injuries among Aboriginal children could be reduced by addressing broader social factors, according to SEARCH researchers, who found family and community wellbeing were protective against child injury.

They conducted the first in-depth analysis of factors associated with injury among 1303 urban Aboriginal children in NSW taking part in SEARCH, the Study of Environment on Aboriginal Resilience and Child Health.

SEARCH*, Australia’s largest long-term study of the health and wellbeing of urban Aboriginal children, is an active partnership between Aboriginal Community Controlled Health Services and researchers, where these health services set the research priorities and guide how data is collected, interpreted and used.

Which children are at highest risk or injury?

Among the children studied, 29% had ever broken a bone, been knocked out, required stitches or been hospitalised for a burn or poisoning, according to the findings published in the Australian and New Zealand Journal of Public Health.

Children experiencing better life circumstances and living in safe neighbourhoods were significantly less likely to have ever been injured. They were less likely to have been injured if their caregiver had better social and emotional wellbeing and had not served time in prison, if their family experienced fewer major life events in the past year, and if they were not exposed to alcohol misuse in the household or theft in the community.

“Family and community wellbeing were protective against child injury in this sample,” the study found.

The researchers said the findings suggested injury prevention efforts should be focused on Aboriginal children living in vulnerable families and communities.

“In addition to efforts targeting the proximal causes of child injury, reducing the burden of injury among Aboriginal children may require broader injury prevention approaches,“ they wrote.

This included targeting factors like family functioning, community safety and other upstream social determinants of health. 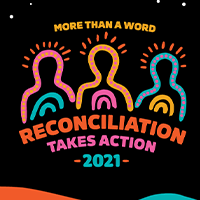