More than one in six urban Aboriginal children have elevated blood pressure, and a further 12% have prehypertension, the SEARCH study has shown, with researchers suggesting family and community-based interventions may be the best way to tackle the problem.

The researchers, working as part of the major research partnership – the Study of Environment on Aboriginal Resilience and Child Health – analysed blood pressure measurements, along with other data about 657 urban Aboriginal children aged 2−17 years and their carers who are participating in the Study.

The study findings, published in the Journal of Hypertension, showed that overall, 15.6% of the children studied had systolic and/or diastolic hypertension. An additional 12.3% had prehypertension.

The researchers said the figures compared with international data that estimated the prevalence of hypertension in children to be 3−5%, and prehypertension 15−25%.

The rich data provided within SEARCH also enabled them to examine the relationship between hypertension and other variables. They found the strongest predictors of elevated blood pressure in children were caregiver blood pressure, and the child’s body mass index (BMI).

No associations were found between children’s blood pressure and factors such as crowded housing conditions, caregiver job loss or emotional difficulties.

Implications of the findings

The SEARCH researchers said high prevalence of hypertension highlighted the likely importance of checking blood pressure in routine or opportunistic encounters with Aboriginal children. They said follow-up of the children and caregivers through the longitudinal SEARCH study would help to shed further light on factors that predicted changes in blood pressure.

“Our findings suggest that family and community-based interventions would be well suited to tackling the problem given the likely association between child and caregiver BP,” they wrote, adding that broader, culturally appropriate strategies were also needed to tackle childhood obesity.

“SEARCH is producing actionable information about the health of Australian Aboriginal children living in urban areas. This is important because over half of all Aboriginal people in Australia now live in urban and major regional centres.” 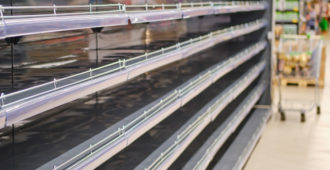