This is part of a series of articles showcasing Sax Institute members, and the diverse range of research that’s informing future health policy and practice.

Professor Kaarin Anstey, Director of the Dementia Centre for Research Collaboration, and the UNSW Ageing Futures Institute, is moving cognitive health research off the page and into the real world. And first, she’s starting with GPs and older drivers.

When Professor Kaarin Anstey began her career twenty years ago, research into the ageing brain was still divided: doctors and clinicians dealt with dementia, psychologists stuck to cognitive ageing. But as a young psychology student, Professor Anstey was interested in both fields.

“I was really fascinated about the individual differences in cognitive ageing,” says Professor Anstey. “The more I worked with older adults, the more I realised there were unanswered questions that needed research.” 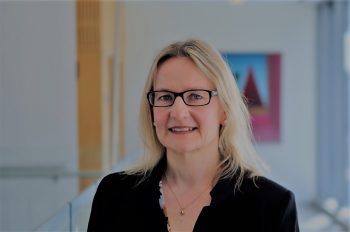 Questions like why do people age differently? And why does one person show memory decline, while another’s cognitive abilities stay sharp? Tackling these questions has led Professor Anstey on a career researching the causes, consequences and prevention of cognitive ageing and dementia. She now co-leads the Dementia Centre for Research Collaboration (DCRC), which is a Sax Institute member. Plus she leads an NHMRC Centre of Research Excellence in Cognitive Health, and is about to embark on a Laureate Fellowship exploring cognitive resilience.

While Professor Anstey says that public awareness of dementia and cognitive health is “moving in the right direction,” the figures are still eye-opening. The World Health Organisation estimates around 50 million people have dementia worldwide, and there are nearly 10 million new cases every year.

“We know a lot about the risk factors of dementia and cognitive decline, such as smoking, hypertension, obesity, diabetes and stroke,” says Professor Anstey. “One of the most important foci now for the DCRC is translation and implementation of the evidence on dementia risk reduction.”

Taking research to the real world

A major step forward in translating the evidence has been the recent publication of guidelines for general practitioners, which combines ten years of research into simple guidelines for Australian doctors to help patients get the earliest possible care and advice around cognitive decline and dementia. Professor Anstey’s research team was also one of two teams globally that prepared the evidence briefs for the World Health Organisation’s 2019 guidelines on Risk Reduction for Cognitive Decline and Dementia.

As well as spreading the word on dementia risk reduction, Professor Anstey is also beginning a randomised control trial of an intervention to increase safe driving in older drivers. She says it’s all part of a larger plan to translate years of research into real-world solutions to enable ageing well.

“Public health is a slow process,” she laughs. “A lot of it is having that longer-term vision and then making sure that the research doesn’t just stay with identifying the problem. It’s about developing measures to assess risk and identify areas for intervention in the community and then implementing changes to address these.”

This ambition to make research count underpins the work of the DCRC, as does supporting the next generation of researchers through PHD scholarships, mentoring programs and grants. Clearly dementia and cognitive health research has made huge progress over the last twenty years – but will we unravel the mysteries of the ageing brain in the next twenty? Only time will tell.

The Sax Institute’s unique organisational structure, with 55 members from public health and health services research groups and their universities, connects us with a powerful public health network and world‑leading research expertise.